We began our long and arduous journey home at 10 am, Pacific time, after a weird and somewhat cryptic conversation with the store keeper. We preferred his wife, she was a nice woman. This dude was odd as heck. Anyway.

We woke up at 9 and packed up the tent and repacked the car, and then we were off! On the road back out to Ilwaco, we saw A MAMA BLACK BEAR IN THE MIDDLE OF THE ROAD. Oh boy did we get excited. And then, we looked to the right and there, in the tree, just chillin’, was a little black bear cub! We died, he was so cute. We sat there for about 3 minutes, and then he climbed away and we also climbed away, except we were in a car so it was more like we drove away.

We drove north on Highway 101 for a while, and then I think we took something that may have been a highway 18 or a highway 7. Either way, it took us to I-5, which led directly to I-90. After that it was a straight shot west; it could not have been any easier. We stopped on occasion to use the bathroom, to get some food, and to stretch our legs, which usually happened because the one of the first two were occurring. I drove from literally the coast of Washington all the way to Billings, Montana. A solid 17 hours of driving through two and a half states (I’m totally counting the 80 miles we drove in Idaho as a state) under my belt. After a brief stop in Billings, we continued on our merry way. Jennifer drove from Billings to Dickinson, ND, and then I continued dirving all the way back to Grand Forks. In retrospect, that was probably not a great idea, me driving for like, a bazillion hours with little-to-no sleep. But hey we didn’t die, so score one for us!

We made it back to Grand Forks around 5 pm on Saturday, and by 8 pm we were back on the road. Sara was driving this time; we packed her car and took off for the cities. I curled up in the back seat and slept for about an hour and a half or so, bringing my grand total of hours slept in the past 36 to about two. Woo!

The three of us made it to the cities around 1 am, and after Sara and I said our goodbyes to dear Jennifer, we made our way south to our MN home. We arrived around 3 am, and we didn’t even bother to unpack any of our things. We practically fell into our beds and passed out until 1 pm on Sunday.

The following week was one of rest and recuperation. Sara and I didn’t do much, other than go on long walks and watch American Horror Story: Hotel. If you haven’t seen it, you definitely should. Lady Gaga is queen.

And with that, the saga of our super epic road trip is done. It was a really freaking awesome week, full of mountains and forests and oceans, and while I did put 3700 miles on my Jeep I’m gonna go ahead and say it was totally worth it.

Thanks Jen and Sara, for proving to me that we are adult enough to handle a road trip on our own. Till the next one! 🙂

We woke up later this morning, due to the fact that we had just climbed 10 miles up a mountain the previous day. We packed the car in record time before heading out to the Glacier National Park visitor center. We caught the free shuttle to the Avalanche Lake trail head to do some more hiking before moving on with our journey west. We spent a fair amount of time hiking to Avalanche Lake, as we were doing our best to waste as much time as possible. I was allowed (Thanks, guys!) to take photos with my camera, and so I took full advantage of that. 🙂 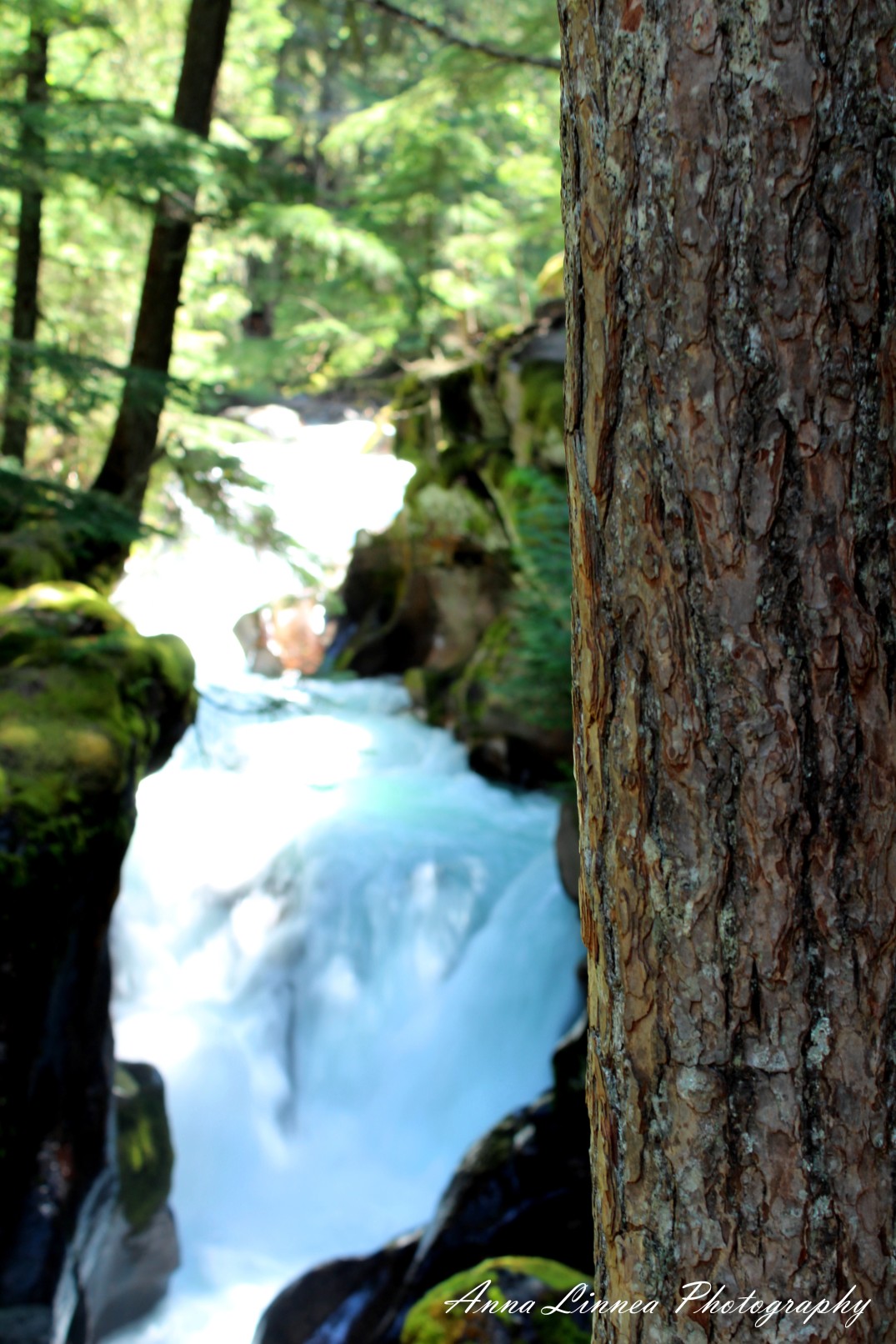 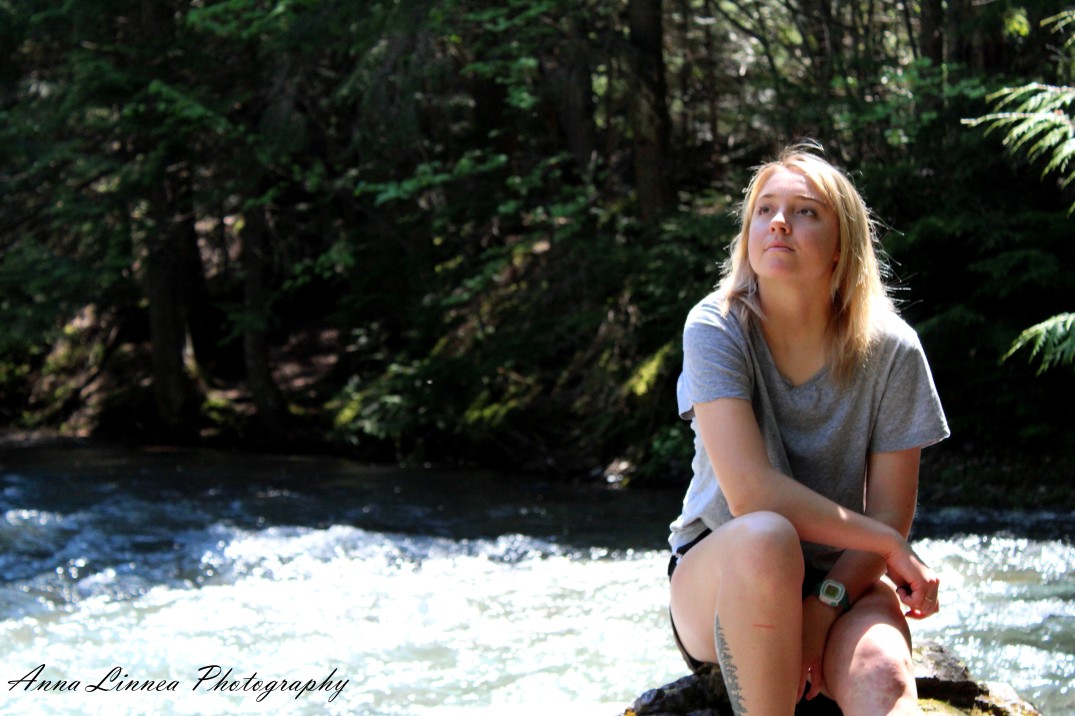 We finally made the 2.5 mile walk (5.5 miles round-trip) to Avalanche Lake, and boy was that a sight to behold. Crystal clear water surrounded by trees, mountains, and more trees. I could have stood there all day.

Alas, we eventually had to move on, and get back on the road. We stopped in Whitefish to have a picnic in a park and eat some delicious ice cream. My flavor was Montana Huckleberry. It seemed fitting.

I was the driver for the four hour trip to Spokane, Washington. We drove along Highway 93, and that was seriously the curviest road I have ever driven on, I felt like a NASCAR driver. With a Jeep. In the mountains. Montana really is something, landscape-wise. We merged onto Highway 200, which turned out to be a neat little drive through the Montana countryside. It brought us right into Idaho (the panhandle, to be specific), a state I had never been to until this trip. It seemed oddly like western Montana to me. How curious.

The sunset we were chasing was absolutely gorgeous. I had been begging to stop at almost every scenic turnout, but I was turned down by my passengers, and was told to “take a mental picture.” Even though I was driving. You’ll just have to believe me when I say that the sunset, silhouetted by the mountains and reflecting off the water, was lovely. Everything about this trip has been lovely so far. I was (grudgingly) allowed to take a photo of the sunset, and so here it is, in all of its sunset-y glory. 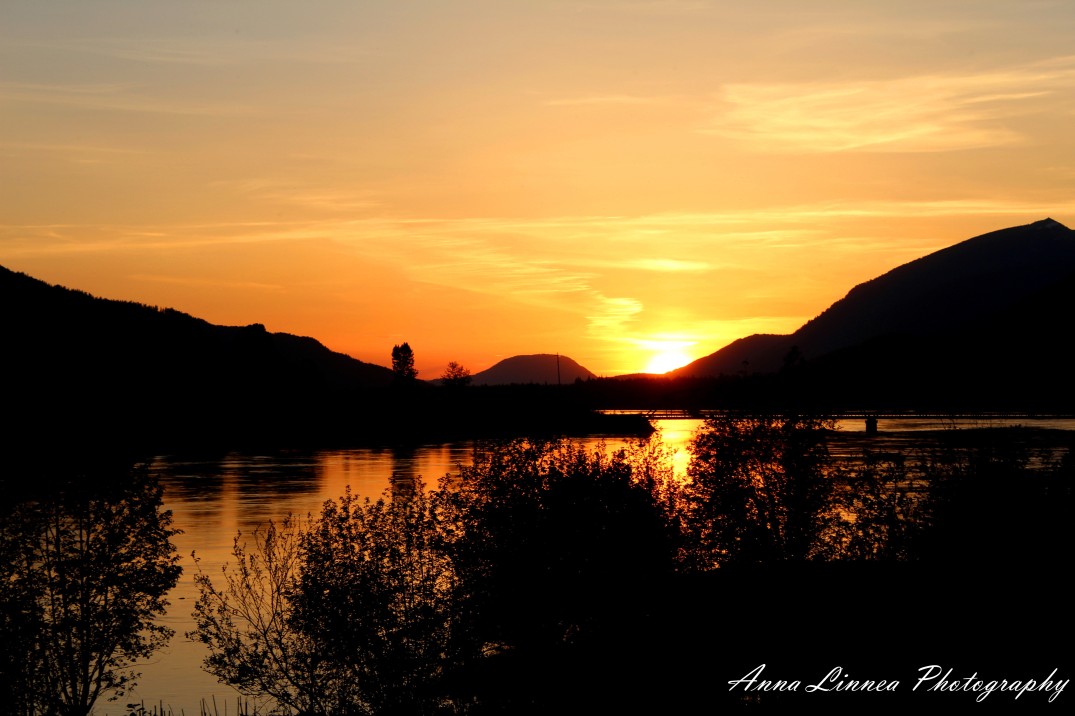 The three of us made it to Spokane (a rather surprising feat, for there were some foreboding signs on Highway 200 in Montana about big horned sheep and 433 killed and 55 mph. We’re still not entirely sure what they mean; 433 big horned sheep killed? Or have the big horned sheep caused the death of 433 humans? Also, this was over the course of a 19-mile stretch, and so that seems like a very specific area to have had so many deaths. The deaths per square foot must be incredible. Additionally, what is the time frame that we’re looking at; for the last year? 10 years? 50 years? So many questions, so many theories and speculations, so little knowledge about big horned sheep and their death rates.) around 10:45 p.m. Pacific time and stopped at Walmart for a couple of camping necessities. We also stopped for gas and coffee, found I-90, and headed west into the night.